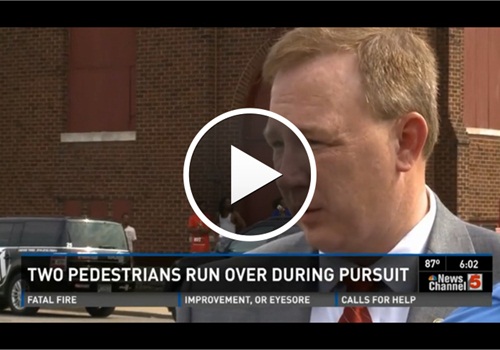 VIDEO: 2 Pedestrians Run Over During Police Pursuit in Illinois

The suspect and an accomplice fled the scene in a car, striking two pedestrians, ages 18 and 19. The pedestrians were taken to a local hospital, but released later in the afternoon.

The suspects smashed into a pair of police vehicles and attempted to run over responding police officers.

Floore said police and federal authorities opened fire on that vehicle and wounded the suspects, both of whom suffered non-life threatening injuries.

No law enforcement officers were injured.