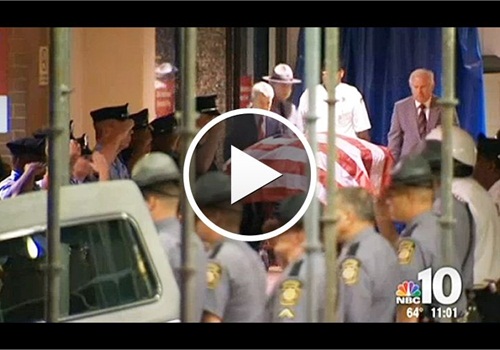 Trooper David Kedra, 26, of the Troop K, Skippack station was participating in a training exercise at the Montgomery County Public Safety Training Complex in Conshohocken, Pa., around 4:45 p.m. when he was shot.

Officials have not yet revealed what led to the shooting but say a bullet pierced his chest. They also say the shooting was accidental.

Kedra had been a member of the Pennsylvania State Police since June 18, 2012.