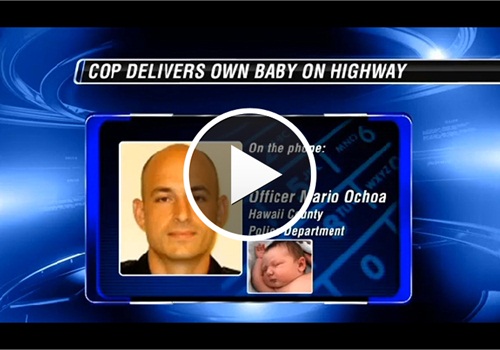 A Hawaii County police officer delivered his own baby girl on the side of a highway.

Officer Mario Ochoa, who is assigned to the Kona Patrol, was driving his wife Ryan to the hospital when she said the baby was coming.

"She was just having contractions, I said, well, if you feel like you gotta push, try to hold on," Officer Ochoa told Hawaii News Now.

But they were still 10 miles from the hospital. So officer Ochoa pulled over along Highway 190 in Waimea.

"It was pretty fast, I had enough time to put my gloves on, and she said, I gotta push, and there was the head," says Ochoa.