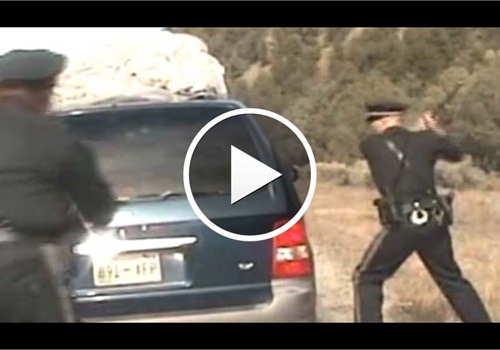 A late October traffic stop outside of Taos, N.M., turned into a wild scene with a 14-year-old rushing a state cop, a high-speed chase, and another officer firing at a fleeing minivan.

Now the driver and her son are facing charges while New Mexico State Police are investigating the officers involved. The names of the officers have not been released, KRQE TV reports.

On Oct. 28 a New Mexico State Police officer pulled over Oriana Ferrell's minivan for going 71 mph in a 55 mph zone. In the minivan with her were her five kids.

Before the incident had ended, one NMSP officer had struggled with Ferrell and her 14-year-old son who got out of the van and attacked the officer, Ferrell had sped away from officers on two occassions, and an NMSP officer had opened fire on the van.