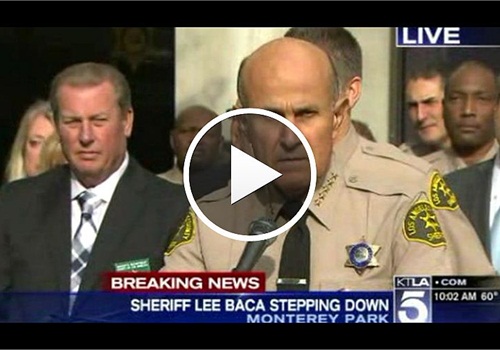 Los Angeles County Sheriff Lee Baca announced Tuesday that he would not seek a fifth term in office and would instead retire at the end of the month, reports the LA Times.

Baca — who spent 48 years with the department including 15 as sheriff — was at times emotional as he explained his decision, which he said he made three days ago.

"I will go out on my terms," Baca, 71, said. "The reasons for doing so are so many, most personal and private."

Baca insisted his decision to step down was "based on the highest of concern for the future of the Sheriff's Department." He repeatedly cited the upcoming campaign, which he said had already brought "negative perception" to the department.