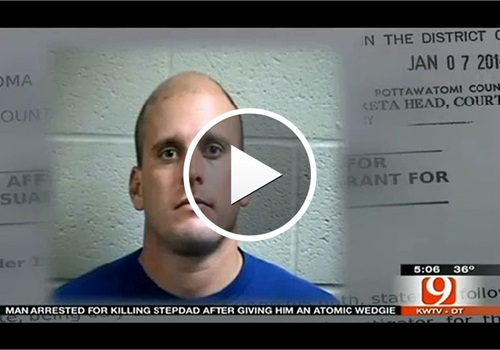 Court papers show Davis admitted to pulling Denver St. Clair's underwear over the his back and head -- allowing the elastic band to wrap around St. Clair's neck.

Davis dialed 911 to report his crime after St. Clair stopped breathing. He then told detectives he gave his stepdad an atomic wedgie. Davis says a fist fight started after St. Clair insulted his mom. The fight resulted in blood spatter on the walls and underwear over a head.

The Medical Examiner says St. Clair's cause of death is blunt force trauma and/or asphyxiation.