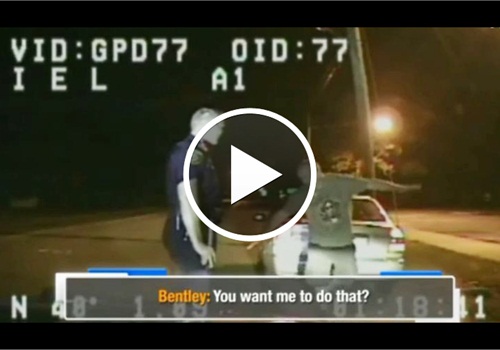 An intoxicated subject danced for a Gahanna (Ohio) Police officer during a drunk-driving traffic stop instead of completing field sobriety tests.

Dale Bentley, 39, swiveled his pelvis and kicked his legs in the air after Officer Reuben Hendon repeatedly asked him to finish the sequence of tests. The officer had pulled over Bentley at about 1 a.m. Aug. 4 after Bentley sat through a green light until it turned red.

When the officer finally caught up with Bentley, the man "looked like a confused deer in headlights," reports the Columbus Dispatch.

After failing several tests, Bentley was placed in handcuffs. He blew a 0.24 percent blood-alcohol level.