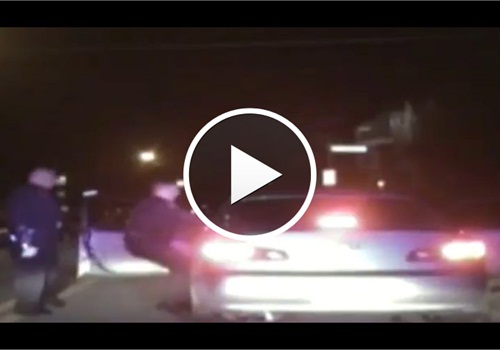 A 19-year-old man who fled a traffic stop with a Pittsburgh Police officer inside his vehicle faces multiple counts after a judge ordered him to face trial.

Newly released dash-cam footage shows the Nov. 11 traffic stop in Highland Park involving three officers who had stopped Leon Ford. The officers were checking Ford's driver's license and registration, when Officer David Derbish observed what he believed was a gun. Officer Derbish is seen leaning into the vehicle from the passenger side.

Officer Miller, who was on the driver's side, then attempted to pull Ford from the vehicle, reports WTAE.

Ford refused to comply and instead accellerated. Officer Derbish entered the vehicle and four shots were heard as Ford fled the scene. The officer shot Ford four times in the chest, leaving him paralyzed.

During Thurdsay's preliminary hearing, Ford's attorney said if officers suspected his client had a gun, they should have drawn weapons and demanded he get out of the car, reports the Post-Gazette.