The Los Angeles County Sheriff's Department recalled 200 badges that were given out to local politicians following the arrest of city officials in Cudahy, reports the Los Angeles Times.

The recall came two weeks after three Cudahy officials were arrested on bribery charges. The U.S. attorney general's Central District office released a photo in support of the charges showing a smiling young woman wearing one of the badges at a nightclub while brandishing two pistols.

Conde, Mayor David Silva, 61, and Code Enforcement Director Angel Perales, 43, were arrested in late June. They have been accused of accepting $17,000 in cash bribes in exchange for supporting the opening of a medical marijuana store in the city.

Sunday in Fairfield, CA, police arrested a flower delivery driver for DUI after a crash.

The fast-acting officer — a mom to a 6-month-old boy herself — recalled trying to reassure Skye Martinez's mother in the moments after the child was hit by gunfire.

Man Killed by Officers After He Rammed SUV into Police Station and Pointed Rifle, DA Says

“He repeatedly rammed those doors until he gained entry with his vehicle into the building,” said Worcester County DA Joseph Early.

A more serious charge, criminally negligent homicide, was dismissed by a judge as part of a sanction of the prosecution following a second mistrial in the case. 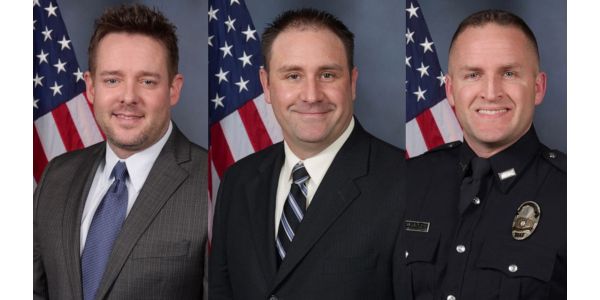 Sgt. Andrew Meyer of the police department's Professional Standards Unit determined in a preliminary report dated Dec. 4 that the three officers involved in the March 13, 2020, shooting should have held their fire after Taylor's boyfriend, Kenneth Walker, shot one of them.