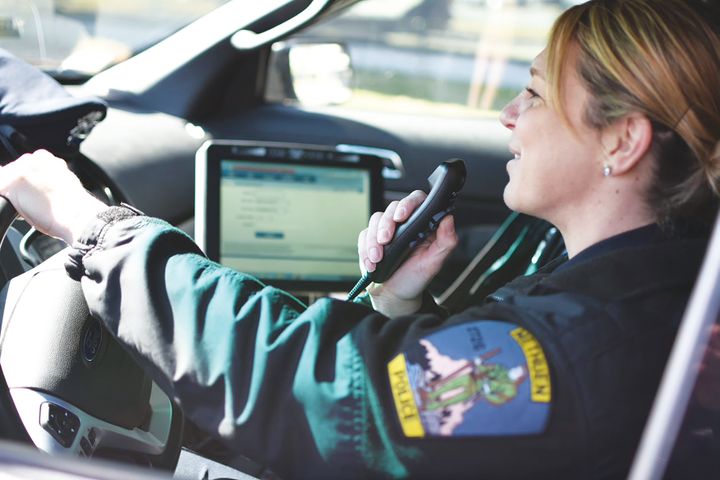 While TV shows and movies glamorize policing—making it appear as if oﬃcers spend entire shifts chasing down bad guys and busting up crime rings—real oﬃcers know that’s far from reality.

After spending 38 years policing in Massachusetts, retired Chief Richard Stanley has seen and done it all. While he may have spent part of his days arresting perpetrators and interacting with the community, he dedicated just as much time to completing routine paperwork.

“The bane of every oﬃcer’s life is paperwork,” he says, citing research that conﬁrms oﬃcers can spend about half their shifts on incident reporting and administrative work.

Stanley further explains how reporting demands are growing as mandates, like the National Incident Based Reporting System (NIBRS), require greater detail and more speciﬁcity. The good news is agencies are applying technology to make the reporting process more eﬃcient and less burdensome, particularly when compared to methods used before the digital age.

Stanley recalls how police oﬃcers once typed or handwrote reports before moving to rudimentary records management systems (RMS)—which, in his experience, were sometimes even less eﬃcient. “Those early systems were frustrating. We would [often] wind up losing everything when we pressed ‘save’ due to user or early equipment errors,” he says.

Today, oﬃcers can submit reports directly from their squad car’s MDC, which eliminates time-consuming trips to the station to ﬁle reports. However, these patrol-vehicle-based reporting systems create new health and safety issues, including back problems from non-ergonomic vehicular workstations and limited situational awareness while typing into laptops.

Stanley describes this as a lose-lose situation, given how oﬃcers already feel about reporting. “Oﬃcers don’t become oﬃcers to spend half their shifts typing reports. They want to patrol the community and make a diﬀerence.”

As the volume of required paperwork grows, Stanley emphasizes the need for police managers to apply technology to make the process more eﬃcient: “I remember how frustrating it was to miss calls for service or activity on the street because I was doing paperwork. I can only imagine that it’s getting worse.”

“Police oﬃcers deserve the best tools available to make them successful and keep them safe,” he says. “Additionally, given the ﬁduciary responsibility to use appropriated funds responsibly and eﬀectively, police managers should focus on keeping oﬃcers on the street doing the work they were hired to do.”

To police eﬀectively, it’s just as important to see as to be seen. Yet spending up to half their shifts writing reports and the other half dealing with crime can limit oﬃcers’ perspectives. They become less aware of their broader surroundings and less visible in the community, and, worse, when they are seen it’s often associated with an adverse event.

“When we overburden oﬃcers with piles of paperwork, they become frustrated, less eﬀective, and burned out,” says Stanley.

In-car reporting technology may increase oﬃcers’ omnipresence—but it comes at a price. The “vehicular oﬃce” can lead to citizen complaints as well as back problems and other safety concerns for oﬃcers.  It is not uncommon for a citizen to [incorrectly] assume when they see an oﬃcer “heads down” typing a report that they are surﬁng the web or, worse, dozing on the job.  Additionally, “When oﬃcers are typing reports, they are not paying attention to their surroundings—making them more vulnerable,” Stanley explains.

“But when duty calls, oﬃcers have to leave the station—and their half-ﬁnished report—to respond.”

According to Stanley, “Anytime they’re pulled away, report quality suﬀers.”

Regardless of where reporting is done, interruptions can cause oﬃcers to take a more skeletal approach to their writing. This results in reports that are ﬁlled with basic information but lack crucial details that are imperative for a successful prosecution. More than just a way to record complaints, these reports provide essential documentation for both civil and criminal litigation.

“We need oﬃcers to tell a detailed story that will stand up in court,” Stanley says. “Remember, if it’s not in the report, it didn’t happen."

“It’s important not to implement technology just for technology’s sake,” Stanley says. “It needs to adapt to an oﬃcer’s workﬂow—and that’s exactly what Dragon Law Enforcement does. It turns oﬃcers into storytellers and allows them to ﬁll in the details while an incident is still fresh in their minds."

According to Stanley, when police supervisors talk to an oﬃcer on the scene, the oﬃcer shares detailed information about the incident. But when that same supervisor reviews the written report, it often lacks that same nuanced detail.

If the oﬃcer hurriedly typed the report, perhaps days after the incident, it is likely not to be as comprehensive as the initial verbal account.

“Dragon Law Enforcement lets oﬃcers capture a more compelling story of the scene,” he says. “By inputting the data directly into the system, it eliminates the need for transcription and helps avoid lag time in reporting. Plus, it keeps oﬃcers and their attention on the street.”

Ultimately, the real appeal of Dragon Law Enforcement is how it helps police better protect the communities they serve. “Higher visibility and more proactive policing build stronger community relations. That, along with more cruisers on the streets, oﬀers a powerful deterrent eﬀect,” Stanley says.

While policing may never be as glamorous as the movies portray, advanced technology is turning law enforcement into a more fulﬁlling job.

“No matter what your line of work, you want to feel good about what you do,” Stanley observes. 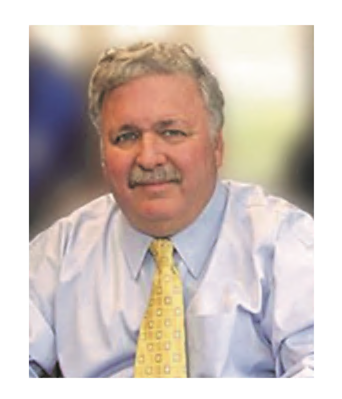 To hear more from Chief Richard Stanley about how technology, including Nuance Dragon Law Enforcement, can make oﬃcers more eﬀective, register for our “3 Ways Tech Can Improve Active Community Policing” webinar, which will be held on Tuesday, April 28, at 2 p.m. EST, at www.PoliceMag.com/NuanceWebinar.