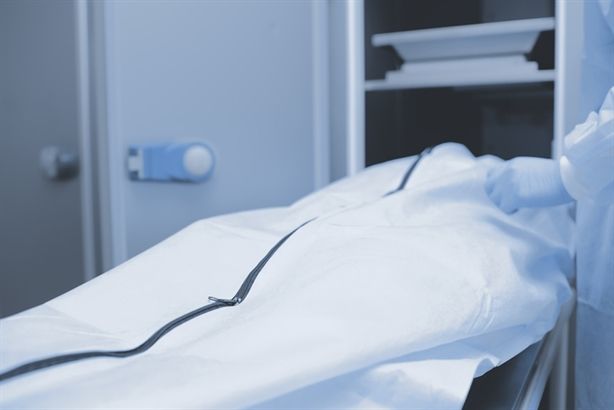 When a body was discovered in the Kankakee River in Illinois, law enforcement officers were immediately dispatched to the scene.

Deputies from the Kankakee County Sheriff's Office removed the body from the water to begin their initial attempt at identification.

At that time, all officers could determine was that the body was that of a badly decomposed white male who had been in the water up to 10 days. Because of this level of decomposition, officers were unable to get fingerprints for identification, which made the identification process even more challenging.

Using this basic information, authorities searched through a national missing person's database in an attempt to identify the man, but found no matching results.

According to Robert Gessner, the Kankakee County Coroner, when the body was brought into the morgue, it was discovered that the body was actually that of a black male and not a white male as officers originally thought. This generated continued questions regarding the identity of the body.

"Whenever we have an unidentified body we immediately begin to think of questions regarding how and why the person died," Gessner said. "In this case, we wanted to know where he was from, why he was unclothed and what had he been doing prior to ending up in the river."

During examination, Gessner discovered a rose tattoo on the man's neck. Using that information, he contacted Trent Bukowski, IT Director for the Kankakee County Sheriff's Office, and had him search through his public safety software database to see if any records matched this information. Within minutes, Bukowski had a match.

Using the scars, marks and tattoos module inside the corrections system, Bukowski generated a list of 68 current and former inmates who had neck tattoos. Based on the location of the tattoo on the unidentified man's body, the list of possible matches was brought down to eight. By examining the photos of these eight individuals with neck tattoos, investigators were able to match the unidentified man's tattoo to his booking photo found in the corrections system.

With this information, a positive identification was made and the deceased man's family was contacted.

Gessner said without the information in the corrections software that was used to search for the rose tattoo, identifying the body could have taken up to nine months. In situations where a body cannot be identified, programs are used to search nationwide databases such as Forensic Filer and TLOxp Transunion in hopes of finding a hit. This is not only costly, but can take months and doesn't always lead to a positive identification.

"There's no way we would have found out who this man was without our public safety software," Gessner said.

Drowning was the official cause of death for the man found in the river, and drugs were also found in his system. It is still unknown as to how the man entered the river.

Officials with the Kankakee County Sheriff's Office also used their public safety software to identify a body found in a tent.

In this incident, a man was found alone in a tent with no identification. The only thing with him was a newspaper, which helped determine how long the man had been deceased based on the date on the newspaper.

Like the body found in the river, law enforcement officers throughout the county were made aware of the unidentified body that was found. However, no one had any reports of an individual missing who matched the man's description.

A breakthrough in identifying the body came once it was examined at the morgue. During this time, the coroner noted a green shamrock tattoo on the man.

Gessner made a call to the Kankakee County Sheriff's Office to see if they had any information in their record's system that could help identify the body. In less than 15 minutes, Bukowski had searched through his public safety records and corrections software and had a positive hit.

"It was the fastest we have ever been able to identify a body," Gessner said. "It wouldn't be possible without the records software."

To learn more about the technology involved in this story, read the Kankakee County Sheriff's Office Case Study.