A California man has built a robot that he hopes will take some of the danger out of traffic stops.

The GoBetween robot is attached to a rod that extends forward from an officer’s car to a motorist’s window, enabling the officer and the motorist to communicate with one another without leaving their vehicles. The bot can even issue a ticket.

“I got tired of hearing news reports of cops getting shot or run over in traffic stops, usually in what seemed like preventable situations,” Reuben Brewer, a mechanical engineer at the nonprofit research organization SRI International in Menlo Park, California, and the robot’s inventor, said in an email. “I’d be absolutely thrilled for this robot to save even a single life … No one should die in a traffic stop.”

GoBetween has all the tools it needs to conduct traffic stops, including a tablet screen, webcam, signature pad and a small printer that spits out the citations. It does not carry weapons.

A video posted by SRI International shows how the proof-of-concept prototype robot works: Once the officer’s vehicle is parked behind the motorist’s car, GoBetween rolls up to the driver’s side window of the motorist, where it becomes the officer’s eyes, ears and mouth. A spike strip automatically placed in front of the car’s rear wheels keeps the motorist from driving away until the traffic stop is completed, NBC reports. 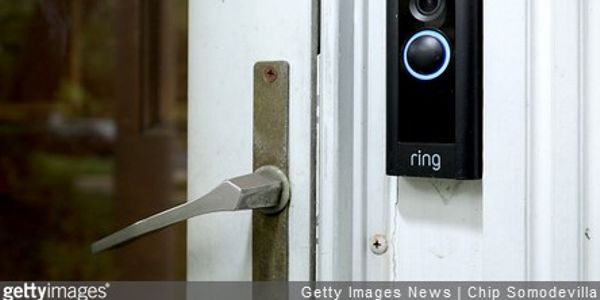