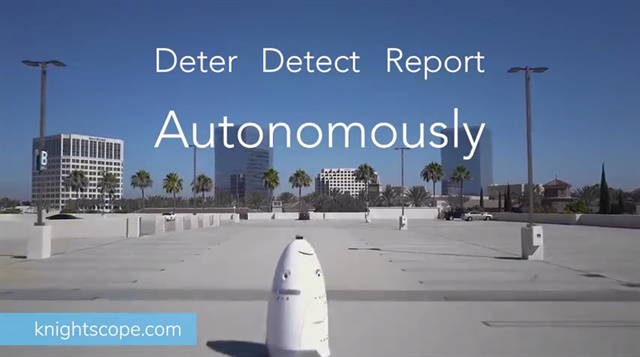 The company's latest model is the K5 autonomous robot, a weatherproof robot that is built for both outdoor and indoor operations. The K5 features 360-degree high-definition cameras with low-light/no-light capabilities, 30 days of data storage, visual and audio alarms, people detection, license plate recognition, and signal detection.

For more information on Knightscope's K5 and other robot models, go to www.knightscope.com