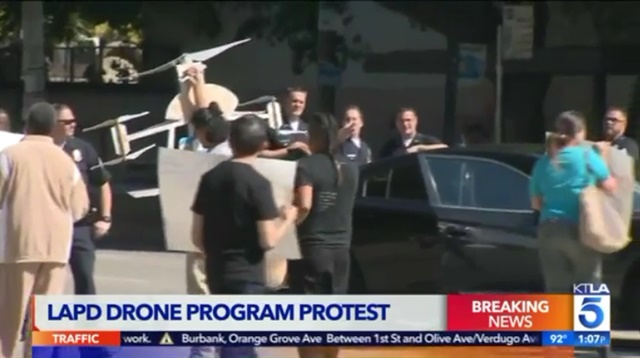 The Los Angeles Police Commission voted 3-1 Tuesday to allow police to use drones in a one-year pilot program, reports KTLA.

Opponents of the plan, who have voiced privacy concerns, were gathering outside LAPD headquarters downtown to protest the vote. About two dozen protesters were present.

After the vote, protesters shouted "Shame on you!" in the commission hearing room.

In the two months since the Los Angeles Police Department revealed that it wants to try flying drones, the unmanned aircraft have been the source of an often heated back-and-forth.

Advocates say the drones could help protect officers and others by using nonhuman eyes to collect crucial information during high-risk situations. Skeptics worry that use of the devices will steadily expand and include inappropriate — or illegal — surveillance. The LAPD’s harshest critics want the drone program scrapped before it even takes off.