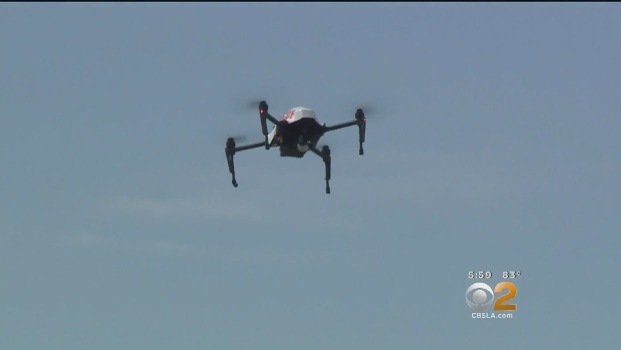 Three years after it acquired a pair of drones that it chose not to deploy in response to protests about potential surveillance uses, the Los Angeles Police Department Tuesday morning took its first step towards a drone pilot program.

LAPD Assistant Chief Beatrice Girmala presented the department’s plan for a pilot program for limited use of drones to the Board of Police Commissioners, which was not required to vote on the pilot program Tuesday and took no action.

Girmala said the department plans to hold a series of public meetings to get feedback on the program, then draft official guidelines before bringing the pilot program back to the commissioners for approval.

Discover how progressive leadership coupled with speech recognition technology can transform your organization and drive productivity.

Together, Verizon and Mutualink are helping improve crisis response by enabling interoperable agency communications and information sharing for devices across different networks, ensuring first responders, public safety agencies, and private security personnel can share critical information when they need it most, the companies said.

Police reports must be detailed and accurate. Learn how one agency leveraged reporting technology to drive further efficiency and accuracy of their police reports.

The Axeon NightVue mounts to most porro and roof prism binoculars and beams a powerful 520 nanometer green laser out to distances up to 250 meters. The green color of the NightVue emitter cuts through haze and fog while also having a low effect on personal night-time vision.

JW Fishers' SeaOtter and SeaLion ROV systems are often used to locate drowning victims with attached sonar systems to search for ships lost at sea; or to conduct inspections on submerged tanks, dams, and water intake pipes. JW Fishers has been providing operators with top of the line ROV systems for more than 30 years.

CentralSquare Technologies announced that it is rolling out complimentary use of select software solutions to its 5,000+ public safety customers across the United States in support of national emergency response around the COVID-19 pandemic.