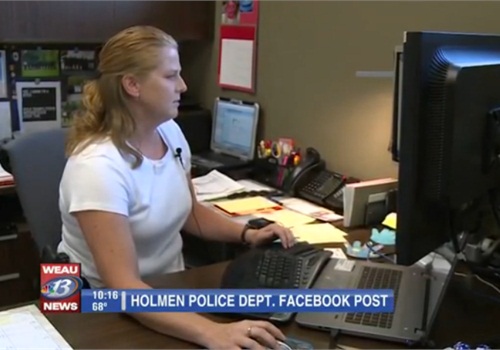 What started as a Facebook post has turned into an outpouring of support for the Holmen (Wis.) Police Department, reports WEAU.

The comment struck a chord with Crystal Sedevie, an investigator for the Holmen Police Department.

"A lot of times the jobs that we do, the scenarios that we come across every day are working with families, trying to help them resolve problems, issues, work through things that they're going through."

Sedevie responded with a 900-word post explaining why the Holmen Police Department is family friendly.

"While there's a very few negative comments on there, the majority have been very positive, thanking us for the service that we do, the sacrifices that we make, and it makes our job a lot easier even though things are very negative lately it's nice to know that our public appreciates the job that we do and the effort that we are trying to make for them," said Sedevie.