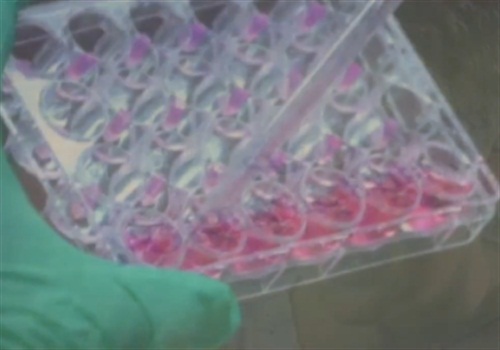 VIDEO: More Than 40 Police Agencies to Get $79M to Test Rape Kits

The combined grants from the Manhattan DA and the U.S. Justice Department will provide funds to more than 40 law enforcement jurisdictions to pay for crime-lab processing of 70,000 untested sexual assault evidence kits, expediting a process that could help identify perpetrators of sex crimes.

At a news conference in New York City, Vance characterized the combined grants as "the single largest contribution toward ending the rape kit backlog that has ever been made” and said those monies "represent the best opportunity in a generation to take rapists out of our communities.''

New York was the first big city to alleviate its own backlog of untested rape kits over ten years ago. Now, Vance's office will provide $38 million for rape kit testing to 32 jurisdictions, including police departments in Tallahassee, Fla.; Riverside, Calif.; and Flint, Mich., as well as statewide law enforcement agencies in Ohio, Kentucky, Wisconsin, and California, among many others."We are going to help cities counties and states across the country, coast to coast to do exactly the same,'' Vance said.

Attorney General Loretta Lynch and actress and activist Mariska Hargitay joined Biden and Vance at the announcement. The news conference follows announcements by Vance in November 2014 and Biden in March that the funding was forthcoming.