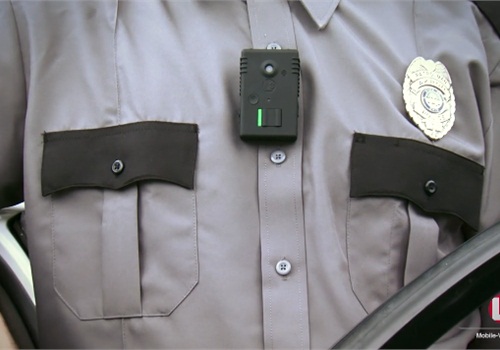 With a 72-degree field of view, the new BodyVision system can capture the full field of what the officer sees of a scene. The BodyVision integrates with the wireless microphones of in-car systems for clear audio and match what is being recorded from the car. Features include one-button recording, the ability to take still photos, programmable trace point snapshots, and tamper-resistant controls for maintaining evidence integrity.

Once evidence is captured users can upload the files recharge the device via a docking station. The docking system can handle multiple devices simultaneously. Uploaded files are managed through L-3 Mobile-Vision's Digital Evidence Series software.