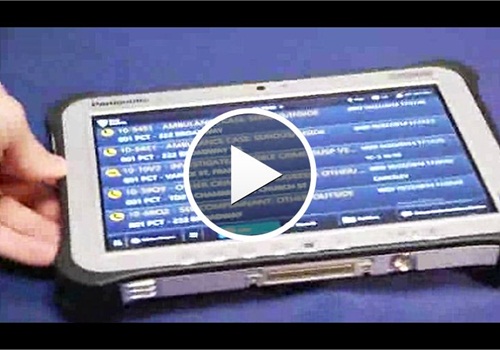 VIDEO: All NYPD Squad Cars to Get Panasonic Tablets

By the end of the year, the NYPD will be getting 6,000 Panasonic FZ-G1 Toughpad tablets — one for every squad car — as well as up to 41,000 smart phones that will be handed out to cops departmentwide, Police Commissioner Bill Bratton said Thursday, reports the N.Y. Daily News.

"Christmas has come early for the NYPD and this city," Bratton said in announcing the high-tech acquisition at the NYPD's Security Command Center in lower Manhattan. "I've been dreaming about this for a long time. We've been nibbling at the edges."

The Toughpads, "ruggedized" touch-screen laptop computers designed for the outdoors and extreme weather conditions, are already used by the Army for field operations.

The new devices will be bought with money from a settlement reached with BNP Paribas, a French bank caught violating U.S. sanctions. The bank moved money from terror-supporting clients through New York banks without identifying where the cash came from, said Manhattan District Attorney Cyrus Vance.