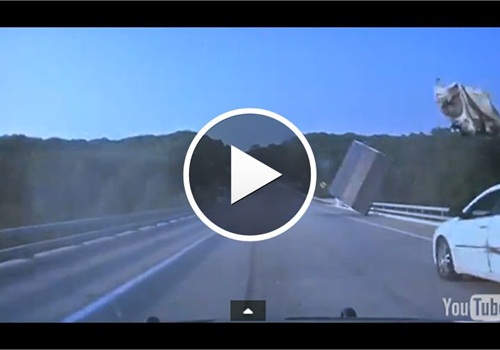 The WatchGuard dash camera video of three Lake County (Mich.) Sheriff's Department deputies during a high-speed chase shows everything that led to the capture of Eric Beauchamp, who is accused of killing 34-year-old Lindsay Morgan and triggering an eight-hour manhunt Friday, reports upnorthlive.com.

The dash camera caught the 90 mph chase of Beauchamp as he headed northbound on M-37, hit a car with three people inside, and crashed into the Peterson Bridge in Manistee County. Dash cameras also show when Beauchamp was shot on the upper leg as he stepped out of his car and tried to run.

The cameras, from WatchGuard Video, were installed in the Lake County Sheriff's cruisers about three weeks ago as part of a testing and evaluation phase.

As soon as deputies get into their car they clip a microphone inside their vest and when the lights turn on the sound is activated for the entire video. The new technology allows the footage to automatically download as soon as the cruiser is near the sheriff’s department.

"This video is so precise, it's really good and once we're able to we will offer it to anyone," says Sheriff Robert Hilts.