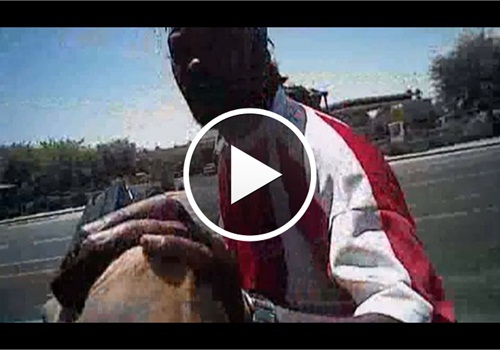 The Mesa (Ariz.) Police Department countered a civilian accusation of excessive force by releasing on-body officer video showing an escalating physical confrontation with a non-compliant suspect who had refused to leave a convenience store.

On Saturday, a video labeled "Police Brutality In Mesa" appeared on YouTube. The video, which was filmed by Kameron Babbitt, shows part of a physical confrontation between four officers and Mantang Tai in the parking lot of a Circle K. The video begins as an officer uses his TASER on Tai during an argument. Tai continues to resist as other officers take him to the pavement and put him in handcuffs.

Members of the crowd heckle the officers and complain that Tai's face is resting on hot pavement. The officers also needed pepper spray to subdue Tai.

On Monday, the Mesa PD released TASER Axon footage from the first officer showing the initial contact with Tai, who told the officers he was waiting for his medication, reports Fox News.

Tai ignores repeated commands from the officer to sit down and eventually grabs the officer's TASER. That clip apparently ends when Tai punched the officer in the face, reports NewsNet5.