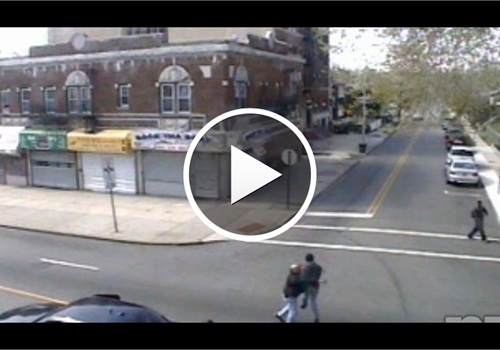 East Orange (N.J.) Police tackled a man suspected of robbing a dollar store within minutes of the crime after municipal cameras identified him heading east on Park Avenue.

Purnell had walked into the Family Dollar Store on Springdale Avenue at 10 a.m., police said. He pulled out a black handgun and demanded all the money in the register.

Once the muncipal cameras pinpointed Purnell, officers converged on the area. Two detectives parked their car in front of the suspect, who began to run. Detective Peters tackles Purnell in the middle of the street, sending a gun flying out of his waistband. Police then cuff Purnell and take him to a patrol car.