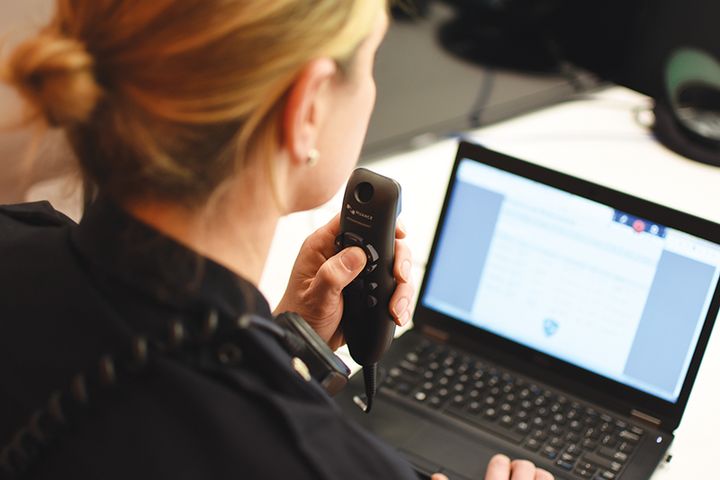 Report writing is an essential skill for police recruits to master. Incident reports must capture details on oﬃcer responses to citizen calls, accidents, and crimes; and accuracy is vital to the integrity of every case.

Ingraining these skills into recruits is critical for law enforcement agencies, including the Polk County Sheriﬀ’s Oﬃce. This Winter Haven, Florida, agency serves the fourth largest county in Florida, spanning 2,010 miles and a population close to 685,000. Yet what makes its reporting needs unique isn’t the large population or territory its 700 oﬃcers serve, but the sophisticated incident reporting system it has in place.

Polk County devised an incident-speciﬁc reporting process with document formats that vary based on violation or crime. This approach ensures oﬃcers – especially rookie oﬃcers – capture the entirety of information required for each incident type.  The result is reporting that anticipates everyday situations and better reﬂects the nuance of the oﬃcer’s encounter.   While this method can require slightly more “up-front” work, it has worked well for Polk County and pays dividends in higher-quality reports.

As the training captain for the agency’s southwest district and adjunct instructor at Northwestern University, Capt. Terry Storie trains recruits on the department’s reporting structure. He says, “Understanding the diﬀerences between each report form can be very diﬃcult for recruits to pick up.”

In his 27 years of policing, Storie reports agencies have increasingly embraced technologies that simplify incident reporting and improve report accuracy. Agencies began investigating computer technology for police use in the early 1990s when they started examining the eﬃciency of handwritten versus computer-assisted reporting.

“At that time, some people believed oﬃcers would never have laptop computers,” he recalls. “But eventually oﬃcers received GRiD computers. The technology has taken oﬀ—in many directions—since then.”

“We are particularly blessed at our agency—our chief executive, Sheriﬀ Grady Judd, has long been an advocate for cutting-edge technology,” said Storie. “He advocates common-sense technology that makes us more eﬃcient, and more importantly, more eﬀective.”

Today, Polk County oﬃcers drive vehicles equipped with mobile workstations that allow them to submit FTO and incident reports, and wirelessly share data in the ﬁeld.

“Technology streamlines every aspect of what we do,” Storie says.

However, while in-vehicle workstations allow the department’s oﬃcers to work from wherever they are, these systems also introduce the potential for new challenges.

Imagine an oﬃcer sitting in a car writing a report. If she handwrites the document, she spends an excessive amount of time focused on the administrative aspects of her job—time that could be spent engaging with the community.  This is not why oﬃcers enter the academy and serve their communities. Now, imagine that oﬃcer is preparing a report on a mobile computer. Speed and accuracy improve, but then she receives a call.

“The next thing you know, she is back on the road heading to a call, and she doesn’t get back to that report for a week,” Storie says. “By then, the oﬃcer has forgotten some of the [key]details.”

Eﬀective policing also requires oﬃcers to see and be seen, which Storie maintains isn’t possible when oﬃcers spend half their shifts entering reports. When they write reports in the ﬁeld, he says, “They’re looking at a keyboard instead of at their surroundings. They’re not available to do what they need to do, which is to keep the public safe and respond to the situations they see.”

“What caught her attention was the ability to use the software in areas with a lot of ambient noise, like the side of the road, and the software still understands them,” Storie says.

As the IT employee investigated, she saw the eﬃciencies the software could create and brought it to the administration. Since adding the tool, Polk County oﬃcers average 116 words a minute dictating a report compared to 40 words a minute typing them. The idea of incorporating Dragon software into use at the Sheriﬀ’s Oﬃce was pitched to Sheriﬀ Grady Judd. He embraced the technology. “The Sheriﬀ loved it,” said Storie. “He told us to try it out and develop a training protocol to ﬂatten the learning curve for our deputies.”

Dragon Law Enforcement improves report accuracy and timeliness, speeds data entry, and enables oﬃcers to retrieve information, such as license plates, using voice commands. Storie found as reporting speeds improved, so did the inclusion of incident details. When oﬃcers dictate, Storie says, they are more likely to include details they missed or forgot before.

Accuracy also improved. Because oﬃcers see their words on the screen as they speak, they can review, edit, and ﬁll in missing details as they go. Storie ﬁnds oﬃcers now submit detailed reports without grammatical errors and spelling issues, and in the correct format for each incident type. If the oﬃcer writes a report on a felony property crime, he speaks the words “felony property crime,” and the system pulls up the correct form.

“Oﬃcers don’t have to worry about remembering the items to include in a report because the software prompts them,” he says. “Being able to speak a word and have the software bring up the right word-form appealed to me. This helps me as I train new deputies. There are fewer formatting issues than when I tried to teach people to type it all in.”

“When you have deputies parked behind a building or on the side of the road, and they have their faces buried into their computers, they are not paying attention to their surroundings. This puts them at risk,” he says. “With Dragon, their eyes are up, they’re looking around and are aware of their surroundings. It improves their safety, and you can’t put a price on that.”

To hear more from Captain Terry Storie about how Nuance Dragon Law Enforcement improved reporting and oﬃcer safety, register for the webinar, “A Lesson in Police Leadership: How Polk County Sheriﬀ’s Oﬃce Optimizes Speech Technology to Drive Productivity” which will be held on May 26, 2020, at 2 p.m. EST, at www.policemag.com/NuanceWebinarMay