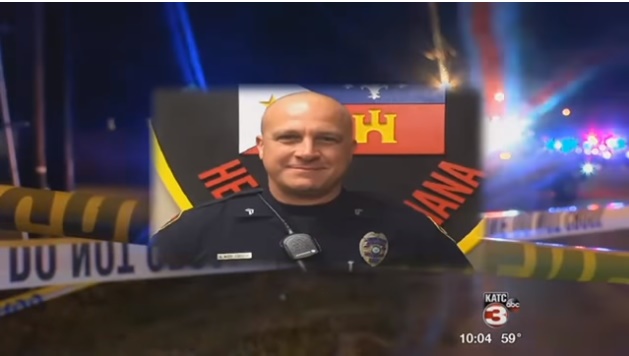 The widow of a Lafayette (LA) Police Officer killed in the line of duty this month has signed up for retiree health insurance with the city. But she feels that the city government has failed her family, a statement issued this evening says.

“You have us; we are with you whatever you need. Please know that you can call on any of us,” City-Parish President Joel Robideaux told Cpl. Michael Middlebrook's family at his funeral on Friday, Oct. 6. When called upon to fulfill this promise, however, Robideaux and Lafayette Consolidated Government failed this hero's family. Other than summarily denying a request to maintain benefits at the current level, representatives of LCG have not extended the  courtesy of communicating its position," the statement reads.

KATC TV reached out to LCG last week and this week about this issue. Today we received the following response:

Beginning Thursday, October 12, the attorney for Officer Middlebrook's family communicated to attorneys for Lafayette Consolidated Government (LCG) an objection to the release of, among other things, any personal and/or financial information regarding Mrs. Middlebrook and her family. On October 16, the family's attorney sent an email to attorneys for LCG restating the objection to the release of such information and threatening LCG with legal action if it fails to comply. Then again on October 17, the attorney for the Middlebrook family sent a letter via email and fax directly to the Mayor-President once again repeating the objection of releasing information related to the family. Accordingly, LCG is respecting the wishes of the Middlebrook family and is not issuing any public statement regarding their situation. Attached is a copy of the attorney's October 17 correspondence.

Middlebrook died October 1; he was shot while answering a call for help from two employees of a convenience store who had been shot in a robbery.