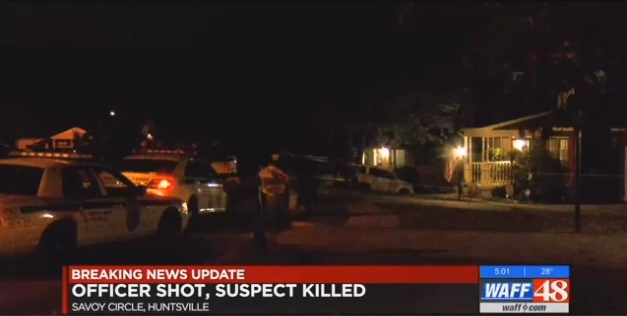 A Huntsville, AL, police officer is recovering after he was shot by a suspect on Sunday night just after 7 p.m., reports WAFF.

Investigators say officers were called to a home on a domestic dispute between a mother and son that spilled out into the yard.

Police say the wounded officer is a six-year veteran and is at home recovering with his family.  The case is still under investigation.