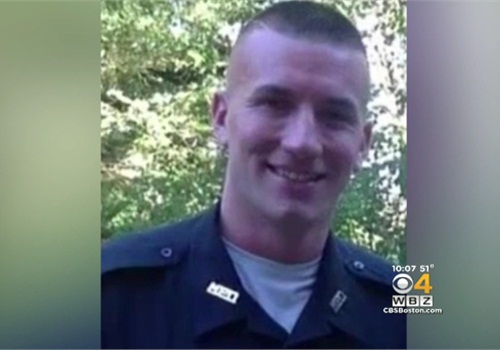 The part-time Millis, MA, police officer who was fired after he was accused of fabricating a shootout that shut down schools and briefly put part of the town on lockdown last summer has died.

Bryan Johnson, 24, was found dead in his home in Millis around 3:30 a.m. on Thanksgiving, according to the Norfolk District Attorney’s Office.

“No signs of foul play were found at the scene. The death is not currently being investigated as a homicide. The Office of the Chief Medical Examiner has accepted the case for autopsy,” Peggie Krippendorf, a spokeswoman for the D.A., said in a statement Thursday afternoon.

A grand jury issued six indictments against Johnson on November 19. He was charged with calling in a bomb threat, misleading a criminal investigation and making a false police report. Johnson’s death closes the case, CBS Boston reports.

Three law enforcement officer were shot and two were wounded at the scene of an hours-long standoff that eventually turned into a house fire and gunfight.

An officer with the Alexander (AK) Police Department has surrendered himself to Arkansas State Police and has been charged with manslaughter in the death of a fellow officer earlier this year.