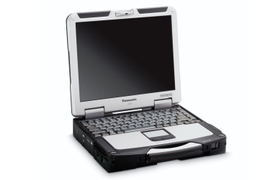 Panasonic Solutions Company has made a series of upgrades to its Toughbook 31 fully-rugged laptop. The updated device features new Intel Core i5 and i3 processors, increased RAM and hard drive capacity as well as speed, up to 20 hours of battery life, a brighter sunlight-viewable screen, and more. 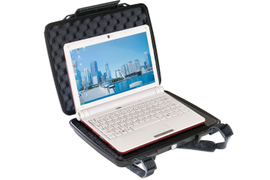 Designed as watertight/crush-resistant armor for tablet-style computers and Netbooks, the Pelican 1075 HardBack case fits in most soft bags and will protect just about any sensitive electronic device up to 10 inches from the rigors of travel. 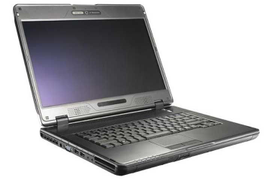 Designed for rugged environments, Gamma Tech Computer Corp.'s Durabook S15C has a spill-resistant design that protects the keyboard, touchpad, and switches from spills seeping into sensitive interior parts and anti-shock mounting technology to withstand tough use. 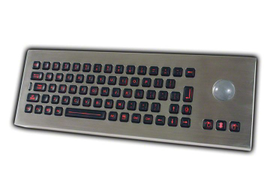 The Stealth model KYBX-400 series industrial-grade keyboard with built-in optical trackball is housed in a rugged vandal-resistant stainless steel enclosure and will stand up to harsh, wet, and dirty environments. 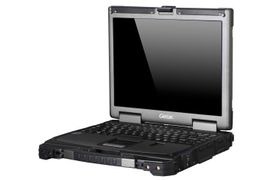 Getac has significantly increased the processing power of its popular B300 Rugged Notebook by installing Intel CoreT i7 2.0Ghz processors with Intel Turbo Boost technology. The upgrade also includes 4MB of Intel L3 Smart Cache. This combination increases system speed by up to 67 percent over the previous generation of B300. The B300 features an extremely bright 1400 NITs display and 22-hour battery life. 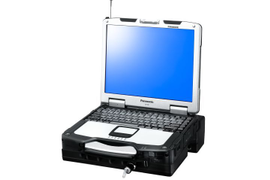 The RAM Tough-Dock for the Panasonic CF-31 is available in an aluminum or composite enclosure suited for the Panasonic Toughbook. The dock offers port replication, optional Bluetooth integration, a tamper-proof lock and integrated screen support. 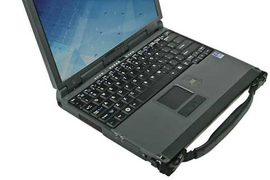 Designed for mobile workforces, the GD6000 is a notebook optimized for vehicle deployments. It meets fully rugged standards for temperature, vibration, dust ingress, and humidity. It can also survive punishing 30-inch drops and comes standard with a spill-resistant keyboard. 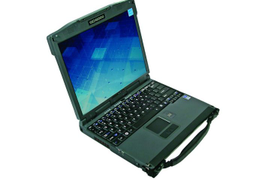 Designed for mobile workforces, the GD6000 from ITronix is a notebook optimized for vehicle deployments. It meets fully rugged standards for temperature, vibration, dust ingress, and humidity. It can also survive punishing 30-inch drops and comes standard with a spill resistant keyboard. 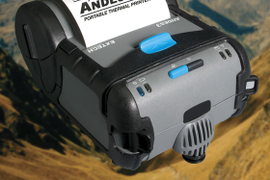 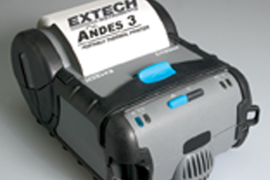 Extech Data Systems’ Andes 3 is the first in a series of enhanced Generation 4 portable printers. Designed for harsh outdoor environments, the three-inch printer is able to withstand adverse weather conditions; it drops to concrete without diminished performance.

The ix104 line of PCs from Xplore Technologies was designed to withstand intense environmental conditions and physical stress. Features include optical enhancement technology so the screen can be viewed in any light and versatile mount kits for docking stations.