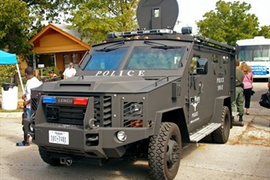 Ghosts of SWAT Past, Present, and Future

As 2011 comes to a close, this would be a good time to reflect on SWAT's past, present and future (apologies to Charles Dickens). While we can't accurately predict the future, we can trace the evolution of tactical units from yesteryear, understand today's challenged, and perhaps glimpse tomorrow's trend. 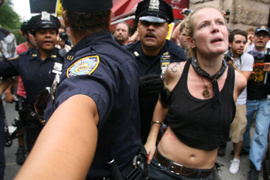 Mob Rules: Was 2011 the Year of Lawlessness?

Two popular social movements in 2011—flash mobs and occupiers—placed a great strain on cities and their LE agencies. It wasn't long before both movements were infiltrated and hijacked by troublemakers bent on violence. 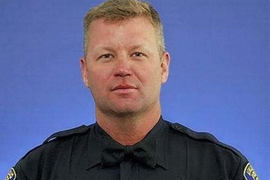 In the days following Officer Capoot's death, we learned more about the man. Jim was a dedicated, respected, and outstanding police officer, as well as a warmly generous human being.

Black-Bloc Anarchists: Revolution for the Hell of It

Even though anarchists who use black-bloc tactics are relatively few in number, their strategy and tactics of wreaking havoc, chaos and mayhem provides them with the sensational news coverage they crave. 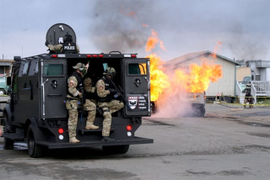 When a law enforcement agency calls for mutual aid help in northern California, arriving responders are usually on the same page, due to their participation in tactical training at Urban Shield.

When thinking about the Muskingum County tragedy, the natural question that needs to be asked is "could this happen again?" Most zoos have enclosures, fences, contingencies, and trained armed personnel to deal with this possibility. What about private animal farm that operate without oversight, regulations, or precautions? 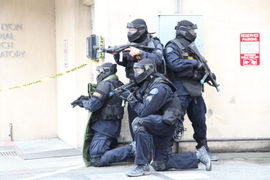 Leadership starts at the top, and spreads throughout the entire Alameda County Sheriff's Office. This is the reason Urban Shield continues to offer the "best of the best" training for first responders.

Two of Northern California's most intense manhunts in decades ended in deadly gunfire, when sheriff's deputies shot and killed murder suspects in Mendocino County and Cupertino only five days apart. 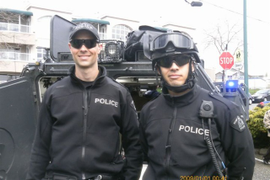 The lingering bad economy continued to cause havoc on American law enforcement. Many law enforcement agencies have been forced to downsize dramatically, including laying off officers in unprecedented numbers. So-called "non-essential" services are being eliminated. 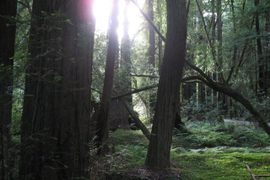 Every tactical team should realistically assess whether they're capable and ready to handle a challenging and sustained manhunt in difficult terrain. Even the most built-up urban cities have outdoor areas with large, rugged places for dangerous suspects to hide. If your team isn't ready, now is the time to get up to speed. 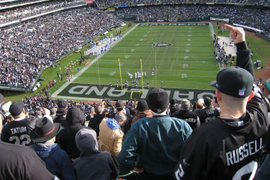 Sports Riots: The Other IED

Sports violence has even been identified by some as a medical disorder called Intermittent Explosive Disorder—"the other IED." It may be fueled by unusually high amounts of testosterone and caused by "idiots acting like fools." 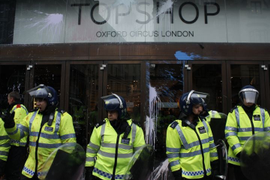 How Will U.K. Police Respond To the London Riots?

To quell riots, London Met Police called in 16,000 officers. Police authorized plastic baton rounds, armored vehicles, and considered imposing a curfew. These are common U.S. police riot responses, but are practically unheard of in the U.K. 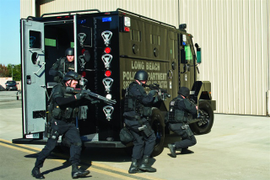 ARVs are one of the many specialized "tools" in the SWAT toolbox. As such, they're usually employed only for high-risk situations and community relations initiatives. The end result is that ARVs are employed very selectively and infrequently. 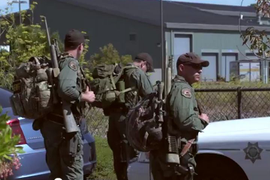 Just when we might think all the innovative SWAT tactics have already been tried, a SWAT team comes up with an imaginative, simple and exceptionally effective tactic. It comes under the heading of "why didn't someone else think of this before?"

Some would say violent flash mobs are unique to big cities. They would be wrong. Ask police from East Side suburbs of Cleveland, Ohio. In recent years, Cleveland's once quiet, inner-ring suburbs have seen increased crime.