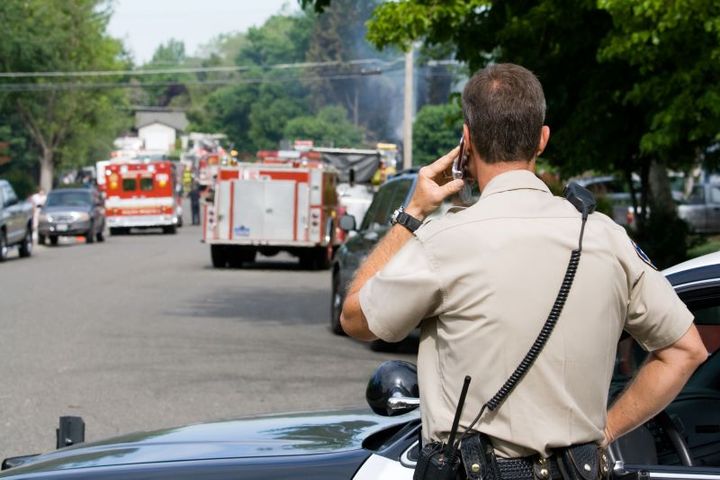 Here is a fictional scenario that won't be unfamiliar to any experienced command-level law enforcement officer.

The patrol officers went to the older split-level house in a neighborhood just outside of the city center in response to a domestic disturbance call. As they approached the door, shots were fired. No one was hit. The officers knew that a woman and her children were inside with her estranged husband. They took cover and did not return fire.

Backup was dispatched and SWAT was called. A standoff and hostage situation had begun. A crisis negotiator soon arrived on the scene and brought one of the most basic tools of the trade, the throw phone.

During a hostage crisis or a standoff like this fictional scenario, one of the first objectives of the crisis negotiator is to control the communications in and out of the location where the armed subject is barricaded. Once communications are cut off, the negotiator can provide the subject with a communication tool.

That tool is usually the throw phone. A dedicated and secure phone system that allows the subject to communicate with the negotiator in a controlled environment. The typical throw phone is a ruggedized system that can take a lot of punishment and it needs to because it is often quite literally thrown. The phone is usually delivered to the subject by a SWAT officer who tosses it through a broken window. It's also sometimes sent in by robot to avoid undue hazard to an officer.

Overt and covert features on the typical throw phone system allow negotiators to gather intelligence about the situation, talk to the subject, and share the conversation with supervisors and other police personnel at the scene.

Throw phones are extremely useful tools but they have their limitations. They can be quite expensive, sometimes as much as $30,000 to $50,000, and there have been incidents where suspects have smashed or destroyed this equipment. In addition, some are still landlines, so a long wire has to run from the subject back to the negotiator. Finally, throw phones cannot be upgraded merely by downloading new software.

Law Enforcement Technologies Corp. (LETS) is one of the leading providers of smartphone-based tools for law enforcement, including the company's new LETS 2020, which includes a module specifically for hostage/crisis negotiation.

LETS 2020 is a platform of police tools similar to the way Microsoft Office 365 is a platform of business tools. The foundation of the platform is LETS Monitor, which enables situational awareness capabilities for all of the LETS products, providing the user with the ability to view video, record and listen to audio, listen to phone calls, remotely control bug phones, and receive real-time alerts for all LETS 2020 operations.

Other apps in the LETS 2020 platform include: LETS Drone, which offers live streaming on drone video over smartphones; LETS Investigate, an evidence capture and management tool; LETS Phone, a covert call and text app; LETS Transmitter, the latest version of the company's flagship "body wire" app; and LETS Respond, a new tool developed for crisis negotiators and tactical teams.

Developed With Officers in Mind

Before producing LETS Respond, the company sought the help of experts who know about the tools police currently use during standoffs and SWAT operations and how to make them better. Consultants on the development of the app included tactical officers and deputies from the Sacramento (CA) Police Department and the Sacramento County Sheriff's Office.

Officers using LETS 2020 have access to both an inexpensive throw phone app, which can be deployed covertly on any Android smartphone, and a complete negotiations system that requires no expensive hardware. The LETS Respond app can covertly stream live audio and video without the suspect knowing and can be used to communicate with the negotiator. In addition, the app allows negotiators to communicate with subjects via text, the preferred method of some hostage takers and barricaded suspects.

Negotiations on LETS Respond take place over ordinary phones instead of specialized equipment, which means negotiators can take over a call while still en route to the scene. Any time contact is made with the suspect using LETS Respond, the negotiators, SWAT team members, and command staff can be notified to listen in or take over the call immediately, from anywhere.

Smartphone-based negotiation apps like LETS Respond are much more versatile than the traditional throw phone, giving negotiators a tool to help them achieve better outcomes during some of the most stressful scenarios faced by law enforcement.

To learn more about LETS 2020 and the LETS Respond app, go to www.letscorp.us.