How police in Watertown, Mass. leveraged reporting technology to improve reports and keep the wheels of justice turning. 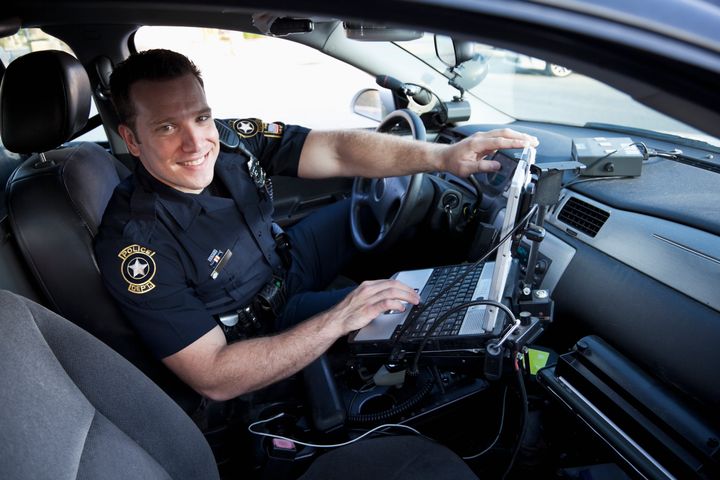 In normal circumstances, squad cars pull into a department sally port, and the garage door closes automatically, creating a secure environment for officers to transport arrestees to a booking area for processing.

Dave MacNeil, a detective with the Watertown (Massachusetts) Police Department, describes the process: Officers arrest an individual, bring them to the police station, where they remain in a cell until the officer completes a report, and the perpetrator can be arraigned in court.

However, concerns over COVID-19 have turned this process on end. “Everything now happens in the sally port,” he says.

Now, an arrestee sits in the patrol vehicle until the officer files a report. “Officers must complete reports quickly, but cannot leave out important facts,” he says. “They also cannot run inside, type up a report at their desk, while the suspect sits in a jail cell.”

Without report writing technology, the agency would have been unable to make this fundamental change. MacNeil states under normal circumstances completing necessary arrest reports took officers up to 1½ days. By automating report writing with Nuance® Dragon® Law Enforcement police reporting software, he says, “officers complete reports within 45 minutes” and “gather their statement of facts on scene. By the time they arrive at the police station, their report is ready.”

MANAGING MUNDANE REPORTING
Serving in many law enforcement capacities over his 34-year career allowed MacNeil to see firsthand the many facets of inefficient and inaccurate reporting. One observation: no matter the position in the hierarchy, report writing can consume much of an officer’s shift.

“If an officer arrested someone on Sunday night, he needed to finish his report by Monday morning. He would type all night to get it done,” he says.

Detective MacNeil works in the Division of Criminal Investigations, where he investigates crimes, manages the crime lab, and serves as the department’s photographer. Here, the veteran detective of 18 years still lists “mundane reporting tasks” among his biggest hang-ups. He explains waiting for reports delays investigations, search warrants, evidence processing, and court hearings.

“Delays occurred because of how long it took officers to complete reports. Mundane reports take time and are repetitive,” he says. “That really hurt us. At the crime lab, officers must process every piece of evidence. Everything could be held up by one missing form or report.”

The lack of standard forms or templates also led to delays, he says. Because detectives started reports on a blank Watertown PD letterhead with the case number on top, he says they went from memory to include all essential documentation.

But MacNeil’s decades of experience taught him that employing the right technology streamlines inefficient tasks. Gaining efficiency in report writing, he says, is just another task that technology can help.

As a department photographer, he notes that getting and sharing suspect photographs once took an entire day. “You had to take the photo, then drive to another agency just to ask someone if they knew the individual,” he says. “Now, technology lets us share pictures, PDFs, digital recordings, and other information electronically.”

Today, MacNeil uses a digital recorder to interview suspects and a digital camera to photograph them. These technologies streamline investigations. Just a few weeks ago, Watertown PD detectives responded to a call after a suspect burglarized a house then stole the residents’ car.

“We received that call on a Monday morning. We arrested the suspect on Wednesday,” he says. “We used technology to create a bulletin and sent out information to 700 detectives in five minutes.”

WATERTOWN ADDS DRAGON
MacNeil trains other officers in crime scene investigation at the local, state, and federal levels, including at the National Forensic Academy in Oak Ridge, Tenn. He also moonlights as a private investigator. These two roles led him to Dragon Law Enforcement years before the Watertown PD added the technology.

“As an instructor and a private investigator, I was always taking notes about something I saw or something that came up in my class,” he says.

He initially purchased the consumer version of Dragon – Nuance Dragon Home – for notetaking. Later he learned about Dragon Law Enforcement and immediately realized its potential for Watertown PD. He explains, “It blows everything else away because it catches everything I say. Even when I interview someone in a crowded and noisy place, it captures everything verbatim.”

After a short period using Dragon Law Enforcement for his own investigations, MacNeil made a case for its use departmentwide. He did this by explaining how efficient report writing saves money. “We pay so much overtime to get reports done after an arrest,” he says. “Writing search warrants took an entire day. I told supervisors, ‘Yes, there may be an initial outlay, but look what it can do for productivity. The money you save can go to new patrol cars or mobile computers.’”

He also sold supervisors on the improvements to officer safety.

REAPING THE BENEFITS
Years ago, the Watertown PD relied on a paper-based reporting system. Every report went on a three-page carbon copy.

“Now, our reports are complete and accessible to those who need them in the department,” he says. “They are housed in networked templates on an agency drive specified for detectives that officers and detectives use to enter facts about a case.”

Dragon Law Enforcement improves report accuracy and timeliness, speeds data entry, and enables officers to retrieve information, such as report forms, using voice commands. When officers speak into the system, they are more likely to include details they may have missed or forgotten typing a report.

Accuracy also improves. Because officers see their words on the screen as they speak, they can review, edit, and fill in missing details as they go. Detailed reports come in quickly without grammatical errors and spelling issues and in the correct format.

The most significant benefit realized by the Watertown PD’s Division of Criminal Investigations is the uniformity of reporting. The software eliminates situations where wording varied from report to report. “We no longer receive reports where a detective guessed on the verbiage in a search warrant, inserted the wrong information, then had his report kicked back,” MacNeil says.

When detectives use Dragon Law Enforcement to create a search warrant, the verbiage and language stay consistent in all reports tied to the incident. Investigators use Dragon’s speech to enter templates and repeated text with a single command. This feature ensures uniformity and enables detectives to better work as a team.

But greater efficiency is where the technology really shines at the Division of Criminal Investigations. When MacNeil became a detective nearly two decades ago, the department limited each detective to 10 active cases. “The goal was not to have more than ten because you couldn’t manage it,” he says. “Before we added Dragon Law Enforcement, I had 73 active cases. Since then, I’m down to 17 because I can write 10 to 12 reports in a day and close cases more quickly.”

In a world of cash-strapped and manpower-short agencies, tasks like reporting remain constant. Savvy departments, like the Watertown PD, improve efficiency through technology. Dragon Law Enforcement helps its officers file accurate reports on time, allowing criminal proceedings to move forward and justice to be served.

To hear more from Det. Dave MacNeil about how Nuance Dragon Law Enforcement improved reporting in his department, register for the webinar “Why Watertown Police investigators implemented speech recognition technology,” which will be held on June 16, 2020, at 2 p.m. EST, at http://www.policemag.com/NuanceWebinarJune