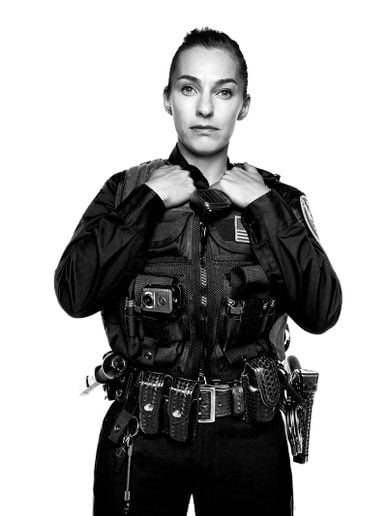 As a police leader, I’ve had the privilege of leading three police departments in major American cities. I’ve worked hard to decrease crime rates in each of them and utilized many different resources to do so.

One of the most effective resources has been advanced technology. I’ve seen firsthand how the technology these brave men and women rely on during training and on the ground can profoundly impact how they do their jobs, and the safety of others as a result. In moments of crisis, when every second counts, the cutting-edge devices, tools and networks they use must perform reliably and consistently.

Uncovering the potential of this evolving technology under real-world disaster conditions is the goal of Verizon and Nokia’s third annual Operation Convergent Response (#OCR2019), a three-day live demonstration and networking event taking place this week in Perry, Georgia. The event will feature a range of simulated crisis scenarios, including natural disasters, terror attacks and active shooter confrontations, designed to showcase the latest technologies in crisis management. The controlled simulations offer public safety leaders a rare and uniquely immersive opportunity to practice and prepare for emergency situations.

One scenario involves the fallout of a multi-layered terrorist attack, a very personal topic for me as the former police commissioner for New York and Boston, both of which have experienced heartbreaking terrorist attacks. The complex terror attack being simulated at OCR affects both pedestrians at street festivals and staff and guests inside a hotel. A series of coordinated cyber-attacks, attempting to find weak points in the first responder network, immediately follows.

As terrorist threats become increasingly sophisticated, this scenario highlights a very real threat to public safety. Faced with a multi-pronged terror attack, gathering the right intelligence and working in close coordination with other public safety agencies is crucial.

Emerging technology can help bridge the gap between complex preparation and mitigation strategies with a many-tiered, multi-agency response. A wide range of technology – from facial recognition, situational awareness software, drones and robotics to telemedicine and crime scene and forensic management – will be explored as the situation plays out.

Verizon Responder Private Core will also be a critical component. It is a free service for public safety personnel that provides reliable communications capabilities, segregating response data communications from commercial and consumer traffic.

Another scenario at OCR is a massive multi-car pile-up and chemical fire inside a major artery tunnel. The natural draft in the tunnel acts as a chimney, threatening the shipping channel overhead. Land and water crews are dispatched from local police, EMS, and fire departments. HAZMAT teams are called in to decontaminate the affected area.

The technology put into practice during this simulation is state-of-the art. It has the potential to not just mitigate damage and save lives, but also prevent it from happening at all. Vehicle screening, AI analytics, first responder HAZMAT protection, smart tunnel technology, biometrics tracking, remote network solutions and confined space rescue technology all have important roles to play.

Many of the technologies showcased in these scenarios and others at OCR will use Verizon’s wireless 5G network, which is being rolled out in cities across the country. Verizon’s application of 5G to public safety is just the latest step in the company’s decades-long support for first responders, as Verizon continues to provide mission-critical connectivity to the public safety community and lead the charge in technology innovation.

Verizon does this for one simple reason: When it comes to staying connected and communicating, law enforcement, public safety and crisis management officials cannot take risks. They need to know they have a network provider they can trust and rely on to deliver.

Verizon knows that modern emergency response approaches require the latest technologies to enhance situational awareness, reduce responder vulnerability and optimize communications. The evolution of new technologies is happening so quickly – tools we could only wish for five years ago are a reality today.

That’s why OCR is so important. We have much to learn and witness from immersive demonstrations of real emergency scenarios, not least of which is how these emerging technologies will shape the future of law enforcement and public safety toward our most important shared goal: to keep our first responders and the public safe.

William J. Bratton is the Executive Chairman of Risk Advisory at Teneo, a global CEO advisory firm and leader in cyber risk management, counterterrorism, crisis anticipation, critical infrastructure, and health crisis advisory services. During a 46-year career in law enforcement, Commissioner Bratton instituted progressive change while leading six police departments, including seven years as Chief of the Los Angeles Police Department and two nonconsecutive terms as the Police Commissioner of the City of New York. He is the only person ever to lead the police agencies of America’s two largest cities. In his current role at Teneo, Commissioner Bratton advises clients on risk identification, prevention, and response.